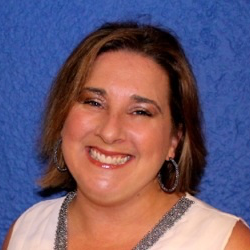 Meg has guided students to admission at Stanford, Georgetown, Carnegie Mellon, Penn, Cornell, Northeastern, UVA, Middlebury, NYU (Stern), University of Toronto, the University of Oxford, Harvard and many other wonderful universities. In addition, she has worked with students from around the world including Hong Kong, Costa Rica, Saudi Arabia, Mongolia, Panama, Colombia, and the United States.

As an outside reader of undergraduate applications for Bentley University for two consecutive cycles, Meg read more than 1000 applications. A graduate of Northeastern University (B.S.), Harvard University (EdM), and UMass Boston (MEd), she also earned a college counseling certificate from UCLA and is a licensed Massachusetts school counselor. She has counseled over 200 families and is a fearless advocate for the needs of students and families.

What are people saying about Collegewise?

Meg is not only extremely knowledgeable and professional, but also empathetic and caring. Having gone through the college admissions process with our older daughter without an advisor, we were unsure whether this would be useful. Working with Meg was not only very useful, but it made the application process a lot smoother and less stressful. She made a big difference for us, and we are extremely grateful!

Meg went above-and-beyond to see that our son’s individual needs were met, and he was provided tailored guidance from day one. She was with us for every step—from suggesting online test prep and selecting universities to helping him improve his essays and the application process. Through the combined efforts of our son’s hard work and Meg’s guidance, he was awarded a full scholarship to one of the nation’s top engineering universities. Collegewise is an investment in your child’s future!

Our son, with Meg’s guidance and mentorship, was able to build a strong academic profile and get into a reputable university. She helped him to be on time, on track and choose the right colleges to apply to. This has been a great experience, and I would not imagine we would have been able to achieve this without Meg.

I really enjoyed working with Meg! She was positive and attentive, and clearly cared about my personal goals and growth. Without Meg, I wouldn’t have been as organized, motivated, and on-track throughout the process. Thank you, Meg, for being by my side at all times and helping me find the school of my dreams!

I cannot express how much Meg has helped us through the college application experience. My son and I had no clue what to do, and Meg broke it all down. When college decisions came out, she was the first one he reached out to share the news. Oftentimes, once the work was done, I would find him saying, “I miss Meg.”

Working with Meg from Collegewise was the best decision we could make this past year! She helped us choose schools appropriately while still encouraging Zachary to reach for the stars (in a realistic way). Meg was able to make the entire process from beginning to end manageable and, dare I say, somewhat enjoyable.

Get Started with a FREE College Consultation